What’s the entire buzz about Net Neutrality? At the core is how Internet Service Providers (ISP) supposed to provide their users and subscribers access to apps and content on the Internet regardless of source. Current Net Neutrality rules prohibit ISPs from favoring or obstructing any websites or products. This has been the way the Internet has functioned from creation.

Net Neutrality upholds the right of people to communicate freely through the Internet. It allows and safeguards freedom of speech. ISPs are mandated to provide people with open networks. They should not in any way discriminate. The absence of Net Neutrality can allow phone and cable giants (like AT&T, Comcast, Time Warner Cable, & Verizon) to reign supreme and decide on what websites, applications or content will be allowed in their network to users/subscribers. They can also favor certain type of traffic (like ones which the ISPs financially benefits) over other type of traffic.

For example, imagine an ISP gets paid by an advertiser of summer vacations to Florida. If Net Neutrality was removed, that ISP can ensure this advertiser website loads instantly while all other competitors’ websites won’t load or load very slowly. In essence, the ISP would favor the paid advertiser over all other competitors whereby the millions of users who access the Internet through this ISP would only see this one advertiser as the provider of summer vacations in Florida. Now, replace this example with any other service or product and you can see how if Net Neutrality is done away with, ISPs will benefit tremendously but at the cost of others.

By doing away with Net Neutrality, ISPs will quickly monetize on this capability and start charging anyone who operates a website a fee to ensure un-throttled access to the ISP pipeline and ultimately to their subscribers. This can lead to millions of businesses unable to compete equally online with the big brands.

Unfortunately, many sectors are moving heaven and earth to do away with Net Neutrality. For its part, the United States Federal Communications Commission (FCC) implements strong policies based on the Communications Act (Title II) to protect the interests of Internet users.

BEZA.NET is a staunch participant of the “Fight for the Future’s Day of Action to Save Net Neutrality” scheduled on July 12, 2017. It joins a huge alliance of corporate entities, businesses, advocacy groups, and communities across the globe to express support for the Open Internet. At the same time, BEZA.NET continues to voice it’s concerns to the FCC on behalf of the thousands of Small-to-Medium Businesses (SMB) customers who will be impacted if Net Neutrality is done away with or weakened.

This means a lot to BEZA.NET. It really does as it has a direct impact on SMBs and non-profit customers operating online businesses.

The FCC stated its commenting period will be up to August 16, 2017. Earlier this year, BEZA.NET along with other avid customers of BEZA.NET made phone calls and submitted written pleas to the FCC as well as the House of Representatives. Advocates on the Internet have also been raising funds to help place pro-Net Neutrality ads in Washington DC.

In June, the platform initiated an AMA series with Net-Neutrality theme that lead to the Day of Action. This brought media personalities, politicians and other staunch advocates to discuss the importance of safeguarding the open internet.

Tomorrow, July 12, 2017, is the official Day of Action and companies small and large plan to express their support for this crusade. For example on Reddit, more than 100 communities have committed to take part in this Day of Action along with millions of fans, supporters, meme lovers, animal advocates, and gaming enthusiasts participating.

Those who want to make their voice heard should go to battleforthnet.com for more details and to take action to persevere Net Neutrality and the open Internet.

Day of Action Plan for Preserving Net Neutrality was published on July 11th, 2017 by BEZA.NET 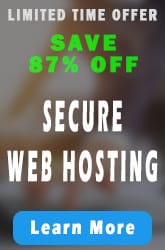